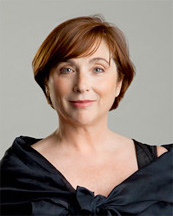 Under brilliant blue skies and surrounded by fellow patrons of the New Orleans Museum of Art, on May 14, 2019, I had the privilege of standing beside Sydney and Walda Besthoff as these longtime philanthropists cut the ribbon for the grand opening of an expansion of the sculpture garden that bears their name. The couple welcomed all into an outdoor art environment that has become a must-see in our city, renowned as one of the world’s finest sculpture gardens. An additional 5.5 acres of land adjacent to the Museum is now home to more than 27 new works of art, set within a picturesque landscape that through concerted effort preserves an ecosystem for flora and fauna native to our region. This attention to both art and our natural world became a running theme for much of 2019. We share with you here, in words, figures, and photographs, a year in which NOMA marked many significant milestones.

NOMA’s Learning and Engagement department sought new ways of engaging our community through the NOMA+ and the Creative Assembly, a pop-up museum that unfolds from a modified trailer and

an outreach program that breaks down barriers to museum experiences. Cultural festivals celebrated the diversity of New Orleans, and a new series of family-oriented festivals in both the museum and the sculpture garden allowed adults and children to delight in shared discoveries of art.

On a sad note, NOMA mourned the loss of former board trustee Leah Chase, whose lifelong dedication as a restaurateur and civil-rights activist was matched by her love of art and NOMA. A jazz funeral procession in her honor concluded at the stairs of the museum in June. Leah set an enduring example of fundraising, generating excitement, and giving of her time and energy to the museum and we continue to celebrate work from an art-purchase fund in her name.

What is not tangible in an Annual Report are the many people who make our day-to-day operations possible, from curators and educators to events planners and our building staff. They, along with our hard-working Board of Trustees and Volunteer Committee, generous donors and corporate sponsors, have my deepest gratitude.

FROM THE 2019 PRESIDENT OF THE BOARD OF TRUSTEES

New Orleans is a city of many world-recognized landmarks and landscapes. From the iron-laced balconies of the French Quarter to the stately moss-draped live oaks of City Park, ours is a singularly unique combination of a built and natural environment replicated nowhere else in the world. In 2019, the New Orleans Museum of Art expanded upon this defining concept of unbound human creativity paired with nature’s beauty by doubling the size of the Sydney and Walda Besthoff Sculpture Garden. It was with great pride that the Board of Trustees witnessed the completion of this capital project, years in the making and made possible through diligent fundraising and publicity efforts and overseen by a stellar team of Museum staff and outside contractors. Collaboration between multiple parties, each bringing their expertise and an unflagging work ethic into the mix, made for an end result that exceeded all expectations. All of New Orleans benefits from yet another of its civic treasures.

The Board also commends NOMA for debuting an array of exhibitions in 2019 that left a lasting impression. From the neon glow of Keith Sonnier’s electrified sculptures to the luminous paintings assembled for Inventing Acadia, each exhibition was both awe-inspiring and enlightening. NOMA’s curatorial approach goes beyond initial reactions of the eye to reveal well-searched stories within the works of art. A similar approach could be said of the Learning and Engagement Department in presenting indelible educational experiences for all ages, both on-site and beyond the walls directly into the metropolitan area we serve.

NOMA is synonymous with quality—and fun! Our major fundraisers, including the Odyssey Gala, LOVE in the Garden, Art in Bloom, and the Egg Hunt and Family Festival are much-anticipated gatherings in a city that never lacks for celebratory occasions. While festive, these events raise critical funds for operating support and maintaining the level of excellence expected of NOMA’s exhibitions, acquisitions, and programs.

This digital Annual Report provides an archival record of another spectacular year among more than a century’s worth since the Museum first opened its doors. May it serve as a testament to the hard work and generous support of all associated with this nexus of cultural life in our city.

Janice Parmelee
President, Board of Trustees